Until further notice Community Council meetings will take place on 'ZOOM' The next Community Centre Meeting will be promulgated when known.

The village of Kingseat is in the Kingdom of Fife in Scotland and is situated on the B912 road being 1.5 miles north east of Dunfermline and lying between Dunfermline and Kelty. It owes it's origin to coal mining in the mid 1800's when a total of 4 pits were worked. Mining ceased in 1945 although Scottish Coal has again been working an Opencast site on the outskirts of the village.

The village consists of approximately 430 houses. It has a Community Centre and a Church of Scotland.

On the outskirts of the village is Loch Fitty which used to be run as a trout fishery, although now closed down, it is still a popular place for anglers and dog walkers, it is also along the Pilgrims Way trail.

The village has an active Community Council and Bloom in Kingseat group - further information about these groups and others is to found on this website. 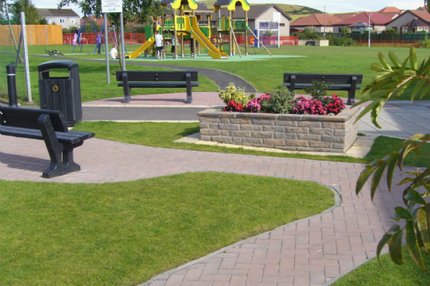 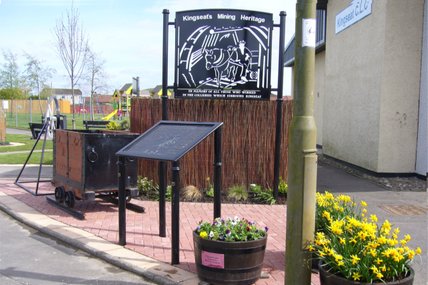 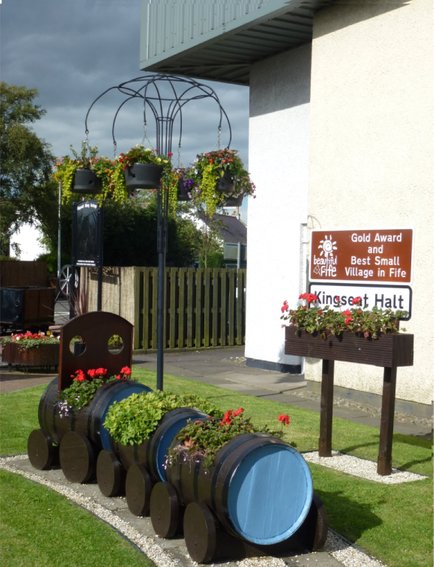 The Front of the Community Centre

Articles for sale are now on Village info page.

WHEN OUT AND ABOUT

Today marks the launch of Children’s Hearings Scotland’s (CHS) Panel Member Campaign. This year the campaign will run from 14th January with the last date for applications being 15th February.

The qualities you use every day are exactly what Scotland’s infants, children and young people look for in a Panel Member. Children’s Hearings Scotland is looking for people who care about making a difference in the lives of children attending hearings in Scotland. A Panel Member’s role is to listen and make legal decisions with and for infants, children and young people, and to ensure that the young person is at the heart of every decision taken. As a volunteer you can make a real difference in your local community.

Find out more and apply at: chscotland.gov.uk

If you need help, not able to shop or cook hot meals etc, then Phone Fife Council Helpline :- 0800 389 6046 and an operator will put you in touch with the right volunteer organision. Also if you want to volunteer to help the disavantaged and infirm in your local area call the same number.

The Kingeat Community Centre and the Church are closed until further notice due to Coronavirus and the need for 'Social Distancing.

Much work already completed but still much more to do. Any help would be well received, ground clearance, fencing and preparing raised beds.

This is going to be a difficult time for us all.

It is vital that we look after those in our community who are most vulnerable, but at the same time remember to keep safe and to stay at home.
There are ways in which we can all work together to ensure we offer what support we can.
Keep in contact with your neighbours – telephone, text, email.
Offer help where it is possible remembering the stay safe rules.
Many of you may have kept the WinterWatch numbers and you can still use these to communicate a difficulty and where possible the members of the Community Council will try to assist –
WinterWatch Numbers.

Some good Info from the Coalfields Generation Trust  - ref Coronavirus

Hope you are all safe and well. I have included a few links for access to available funding streams and information for various groups and individuals to help with these difficult times:-  access the links Here.

A list of the various Village Projects and the relevent volunteers for each project has now been made up (still room for more). To see list click -Here-

To all Dog Owners

There are still too many instances of dog fouling around the village, particularly around the children's play areas.  Please bag and remove dog waste, you know who you are. If there isn't a bin to hand, take it home and bin it. Don't leave little parcels of dog poo in public areas, they won't magically disappear.

Dog fouling is a health hazard to our/your children

Food waste bags are now available at Leisure Centres in Fife for £1.30 per roll of 25 bags.

Food waste bags will continue to be delivered to households as well as sold at Leisure Centres.

Details of Fife’s food waste recycling and a full list of leisure centres taking part can be found at www.fifedirect.org.uk/foodwaste.